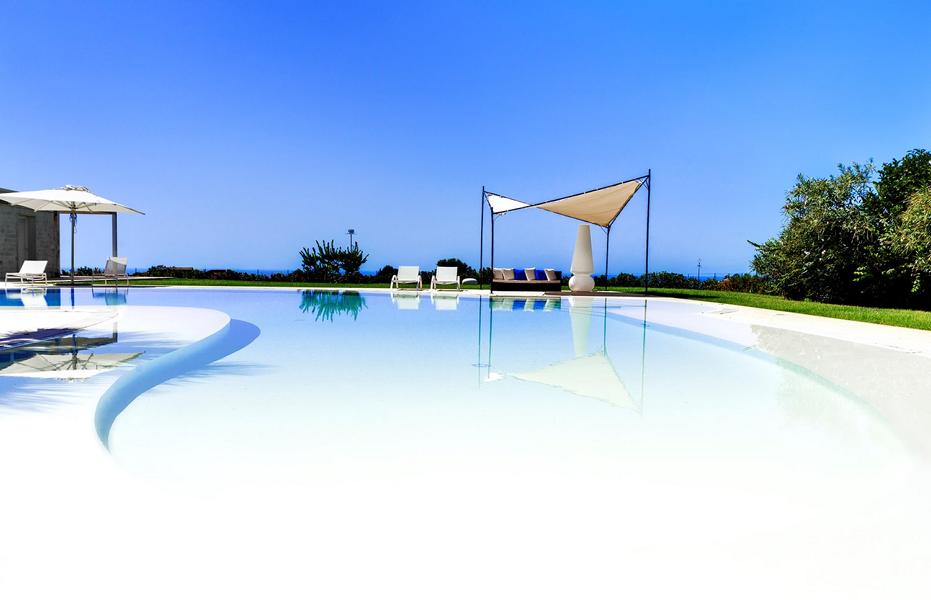 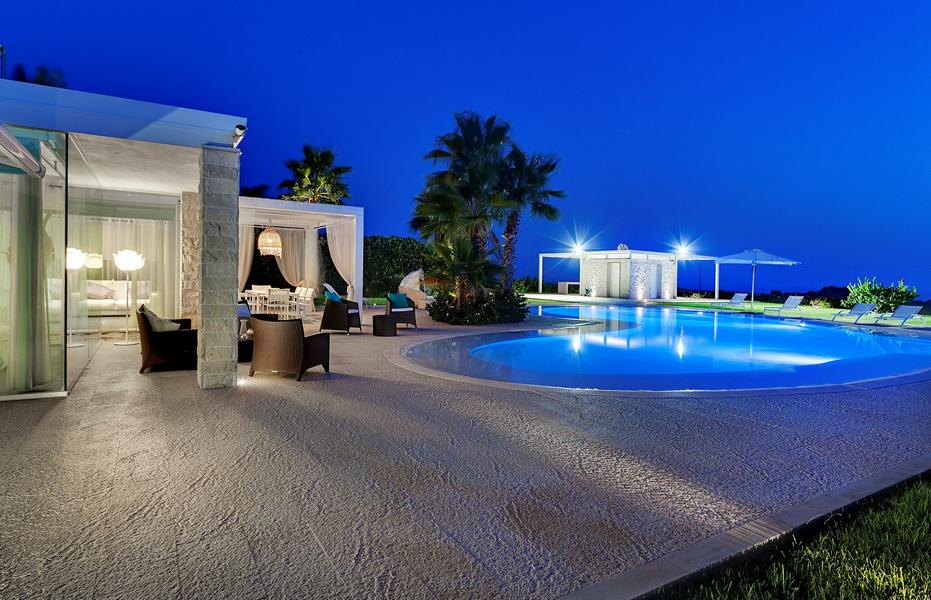 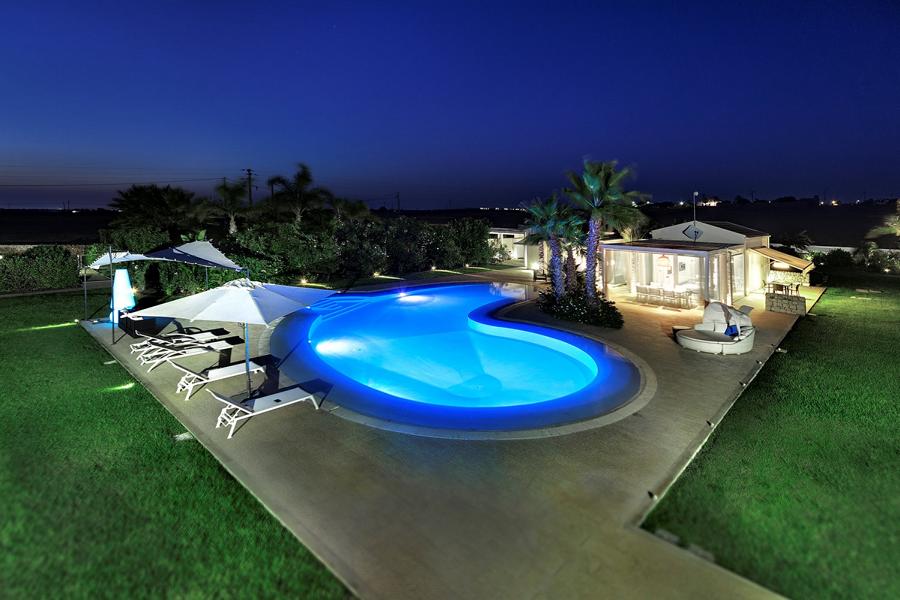 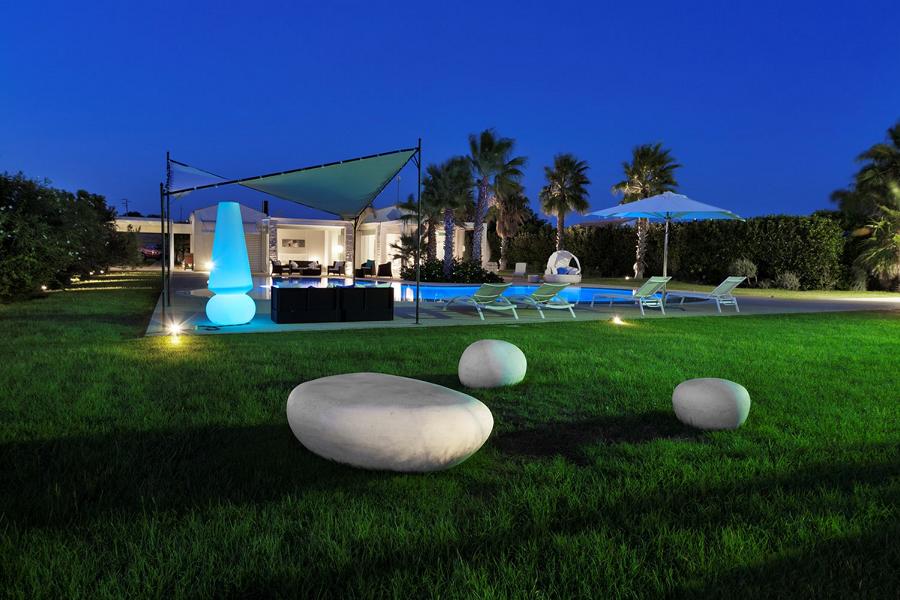 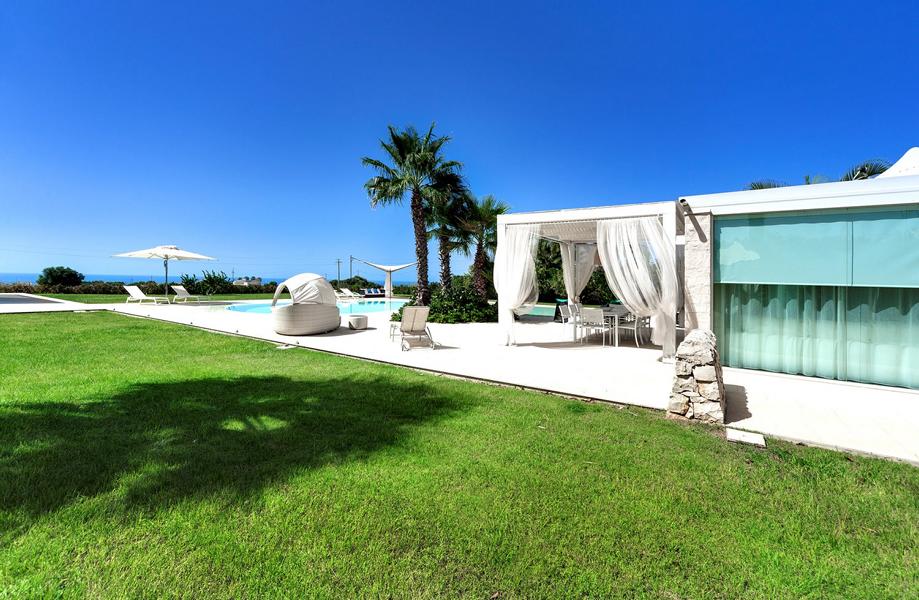 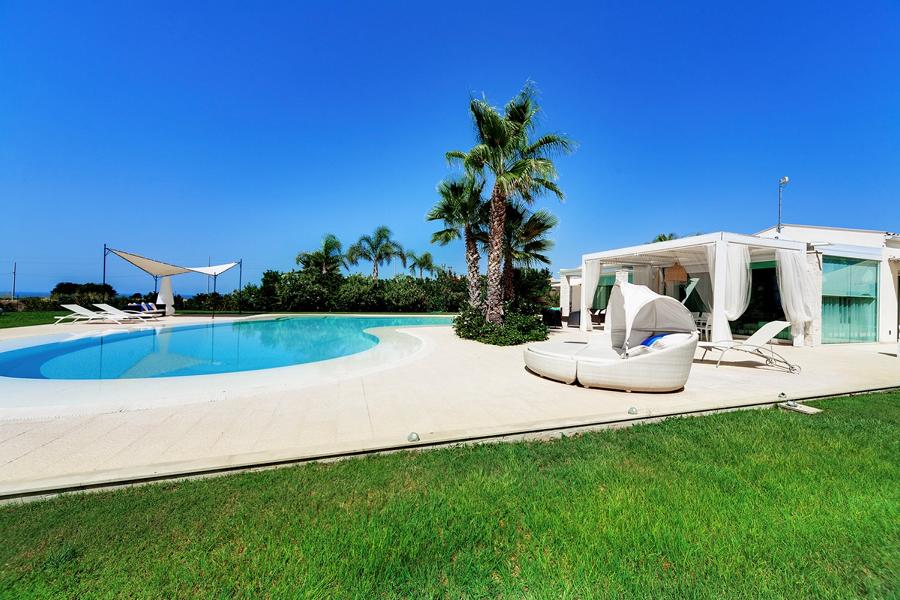 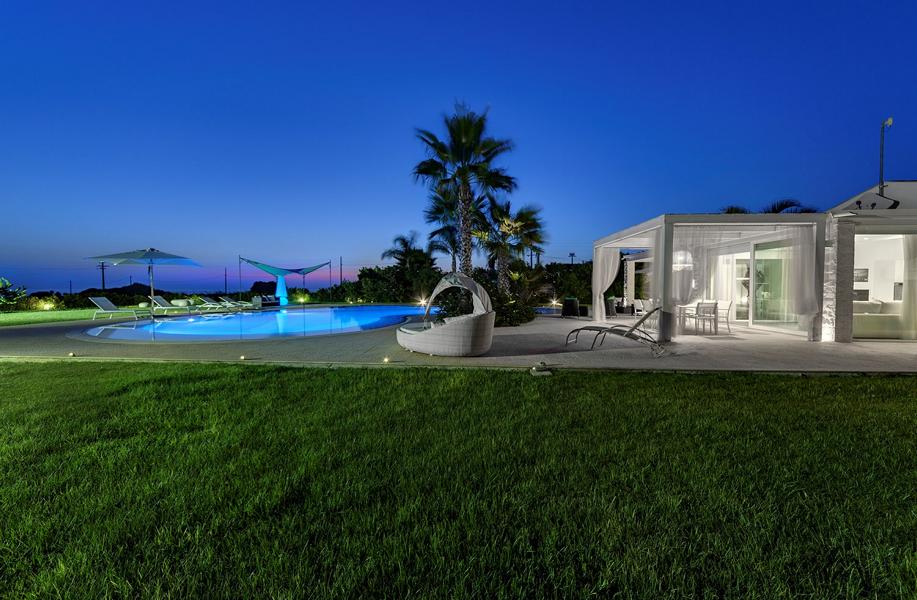 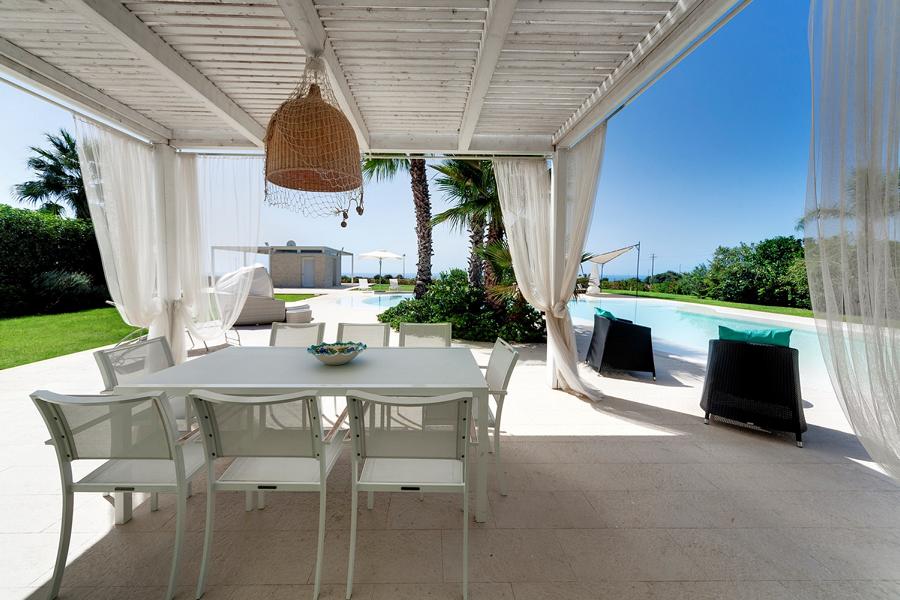 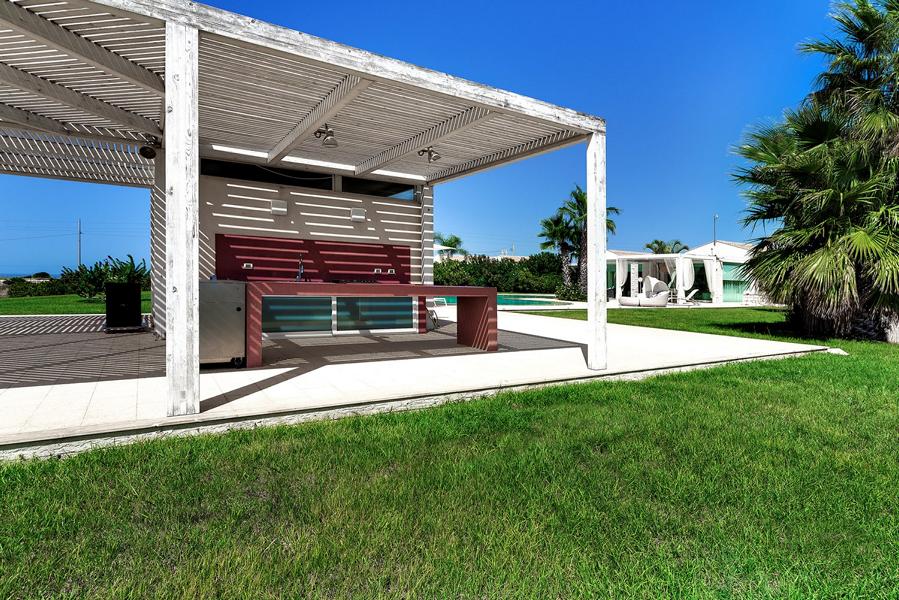 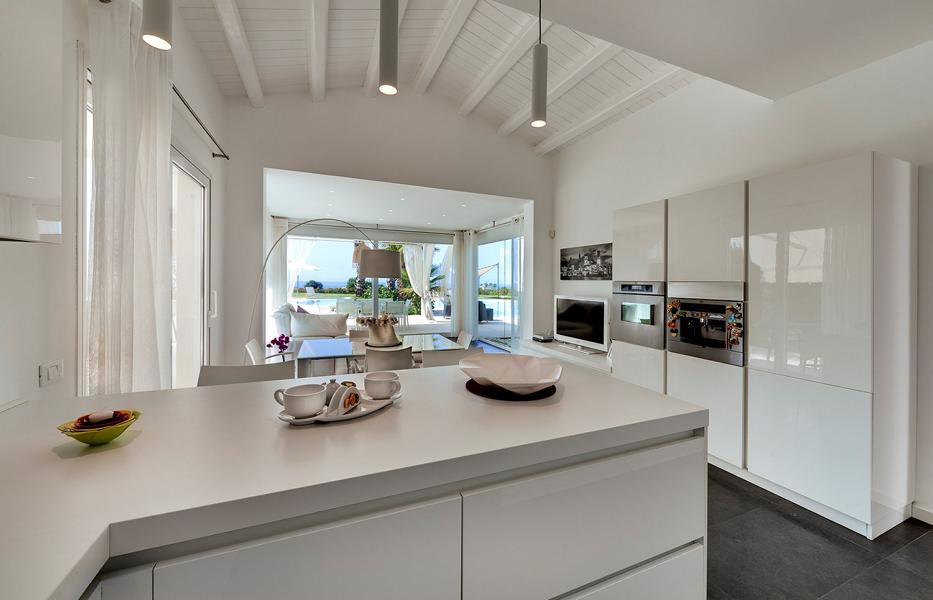 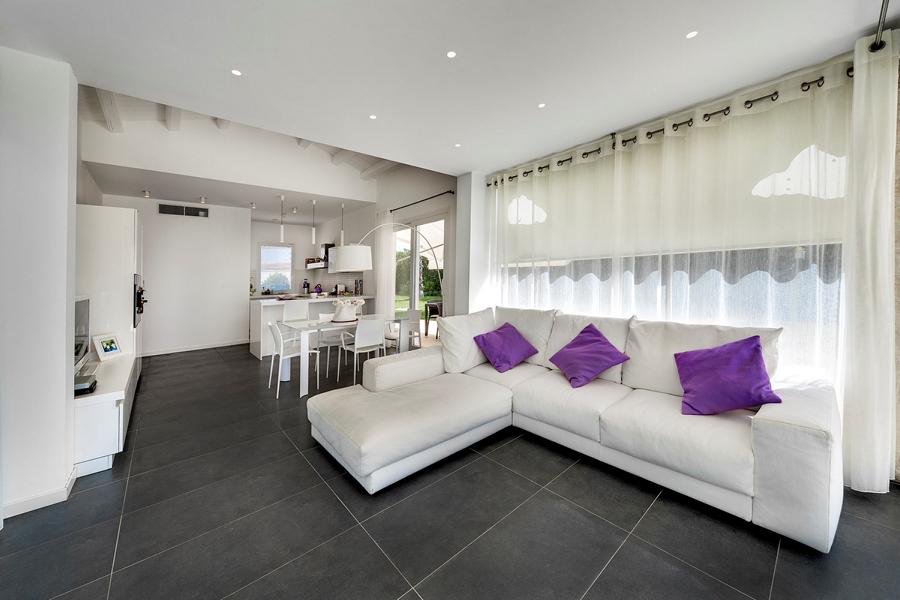 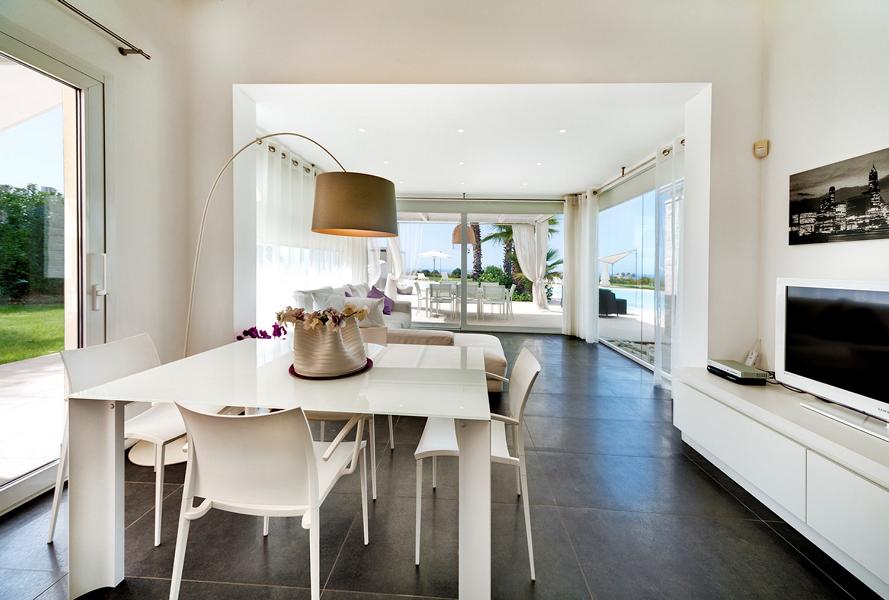 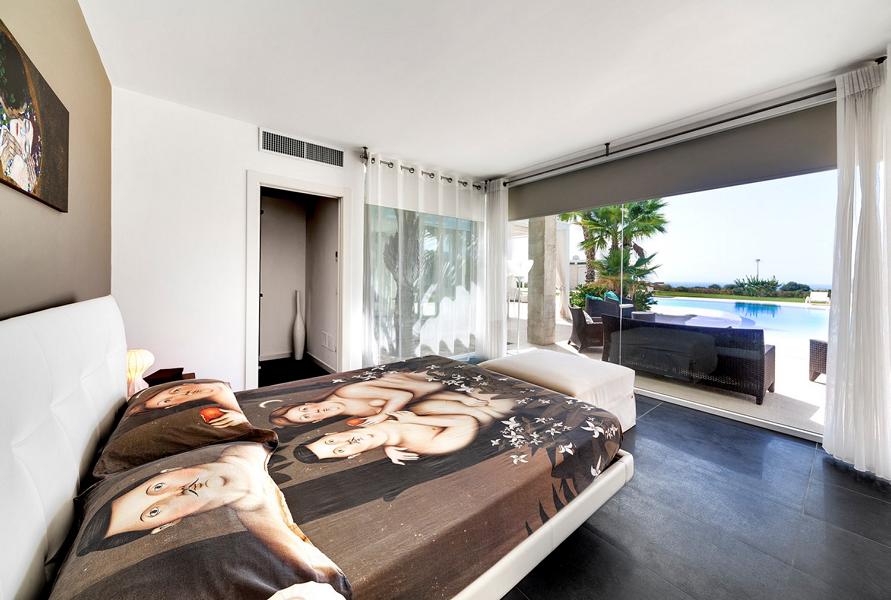 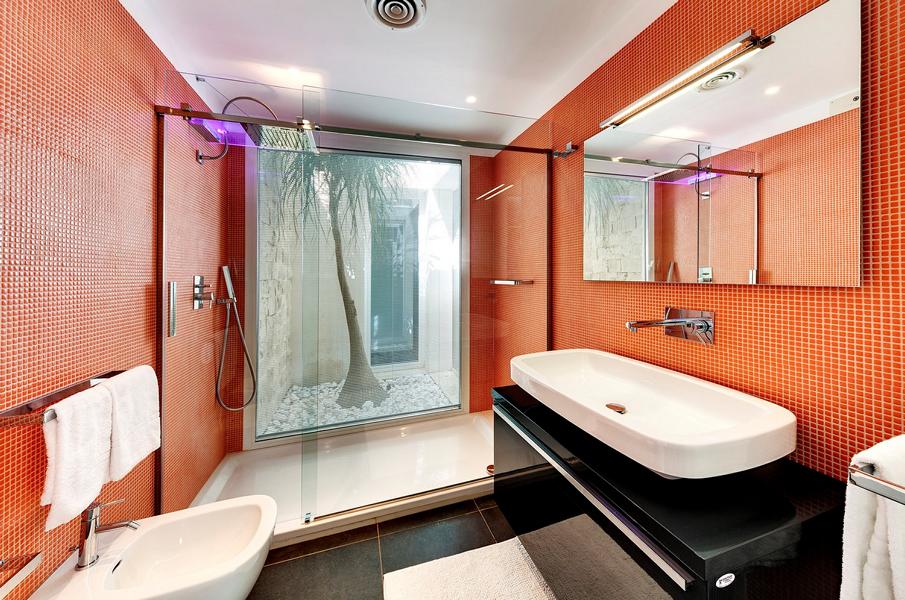 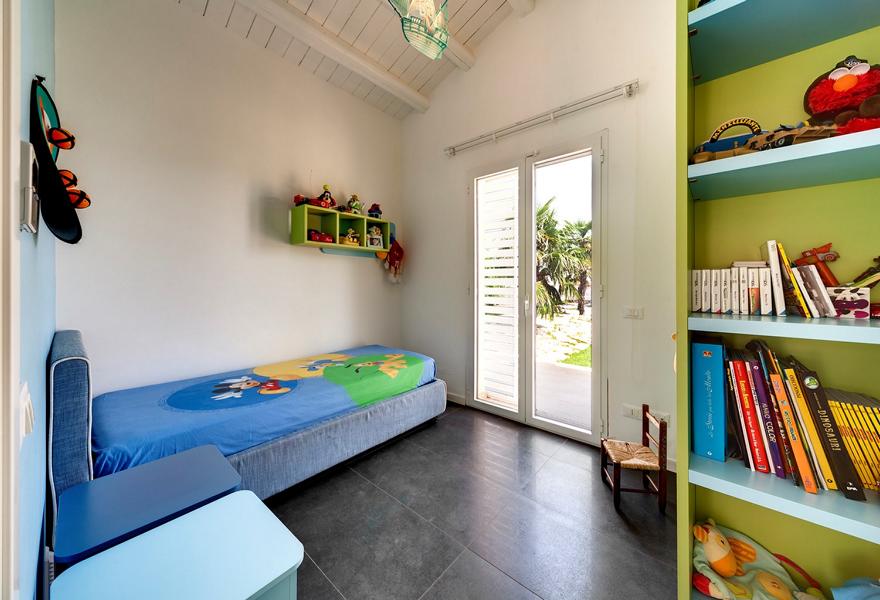 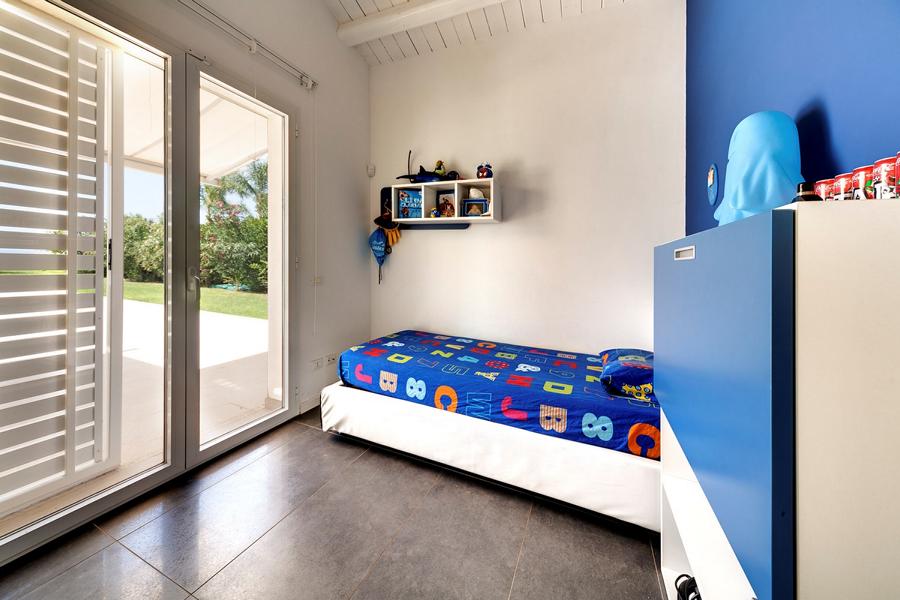 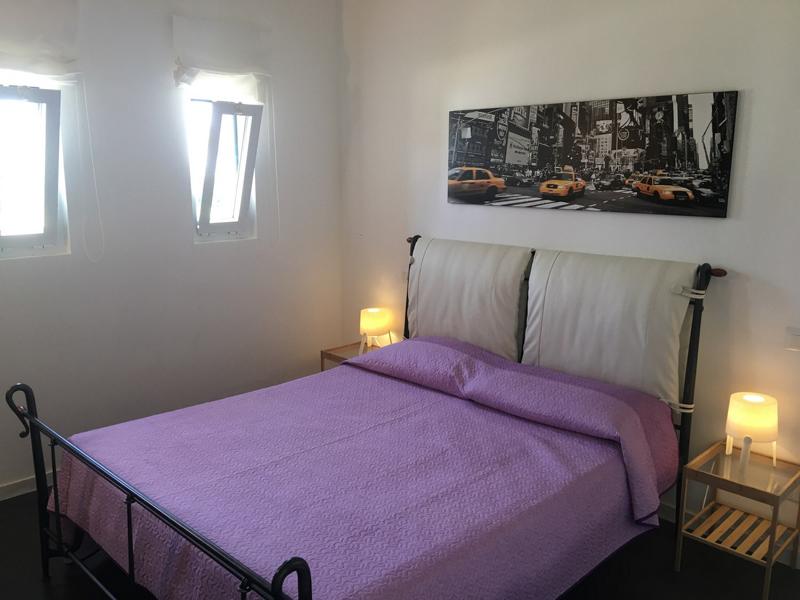 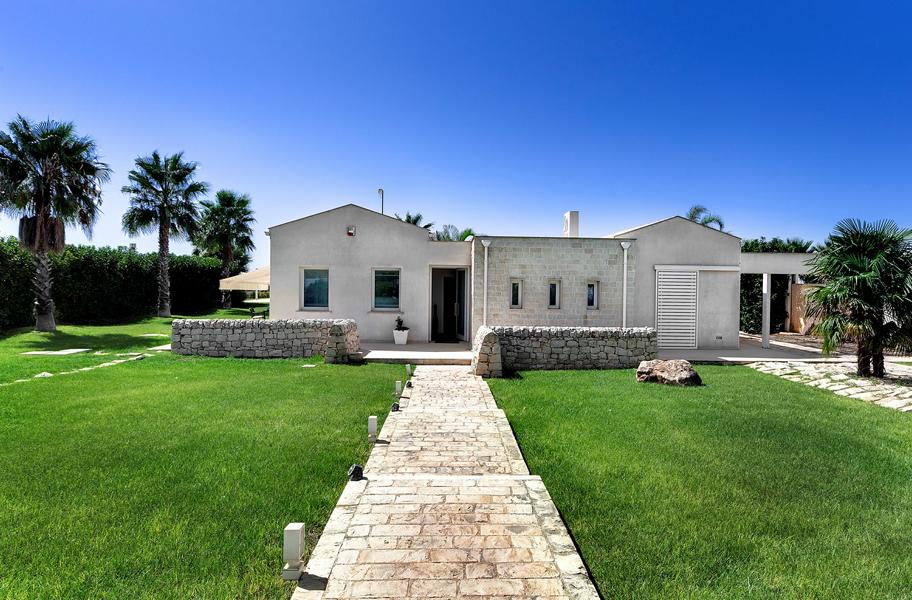 Syracuse…
Once the largest and most powerful city in Sicily!
Cicero described it as the most beautiful in the world…

A modern holiday home with pool in Sicily near Marina di Ragusa
Villa Marina di Ragusa is a beautiful, modern villa with pool in Sicily, in the province of Ragusa, only 3 km from the sandy beaches and the pretty village of Marina di Ragusa. The sandy beaches are typical for this beautiful area of Sicily.
The holiday home is a modern property and offers 4 bedrooms (2 of them each with a single bed and suitable for children) and 2 bathrooms for up to 6 persons. The kitchen and the living room have been built as open space and offer a wonderful, bright living atmosphere with a view of the pool and the sea.
The exterior is a beautiful Mediterranean garden with lush vegetation and lawn. The garden features a 17 m x 15 m saltwater pool with gentle entry, evening lighting and sun loungers. Next to the pool, there is a bathroom and a shower. The terrace offers comfortable lounge furniture, a dining table and a wonderful outdoor kitchen, and is the ideal place to relax.
The largest bedroom of Villa Persefone offers a private bathroom with chromotherapy. The windows of the bedroom and the bathroom can be darkened via remote control.
This beautiful villa in Sicily offers all amenities such as air conditioning in all rooms, Wi-Fi Internet access, dishwasher, washing machine.
Villa Marina di Ragusa, your next holiday home in the south-east of Sicily, is ideal for holidaymakers who enjoy holidays far away from the chaos of the city, but at the same time want to spend the most beautiful time of the year close to the beach and not far from the most beautiful places on this part of the island.

Our Villa Marina di Ragusa is ideal for a holiday in Sicily, characterized by culture, beautiful sea and tranquillity. The most important tourist destinations in the beautiful baroque south-east of Sicily can be reached quickly. One of the most beautiful cities in the south-east of the island of Sicily is Syracuse. Multitudes of monuments recall the glorious past of Syracuse, but beauty from the baroque era was also bequeathed to the city. Especially the facades in the old town centre - the district of Ortigia - are adorned by wrought-iron balconies which nestle against the walls of the houses like inflated sails in the wind. Ortigia, the cultural centre of the city, is a charming island that was dedicated to the Greek goddess of hunting, Artemis. Syracuse was the largest and most powerful city on the island in ancient times, and represents a journey back in time to Sicily's past. Attractions include the archaeological park of Neapolis, the Teatro Greco - a masterpiece of antiquity - the archaeological museum, which has the most varied and beautiful archaeological collection in Sicily, and a wealth of others. 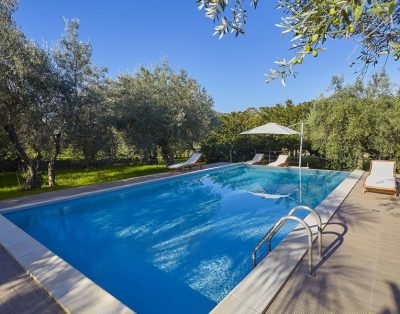 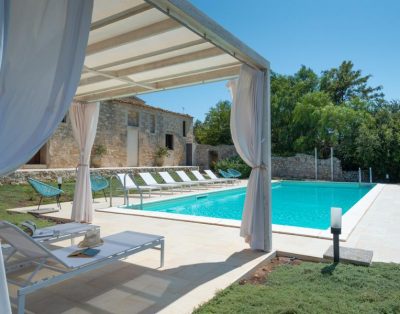