The town of Catania, rebuilt during the 18th century after a giant eruption by Etna and a earthquake, is the best example of Sicilian Baroque style. History, culture, beauty and arts, also fill the town of Acireale in the nearby of Catania.

Have you already chosen which one you’ll visit first? And where you will rent your villa in Sicily?

The Eighteenth Century was a flourishing, prosperous age for Sicily, both economically and culturally: the perfect example of the ability of Sicilians to make the best out of a tragic event. A massive eruption of Mount Etna (probably the biggest one ever) destroyed a huge part of the city in 1669, and the disastrous earthquake of 1693 completed the volcano’s work. The city of Catania, the towns nearby and plenty of the urbanised areas of the Noto valley were wiped out… but soon enough, they were ready to rise again, more beautiful than ever.

The baroque imprinting of the historical centre of Catania is so clear and wonderful that it has been listed among the World Heritage Sites by UNESCO – you’ll figure out why as soon as you reach the Piazza Duomo, a large elegant square rich in stunning palaces and monuments – from the “Liotru” statue portraying an elephant (symbol of the city), to the beautiful Cathedral of Saint Agatha, on the south-eastern side, first built during the Middle Ages and then destroyed by eruptions more than once. Its current façade was designed by local architect Gian Battista Vaccarini, one of the protagonists of the baroque re-design of Catania. Inside, the Dome houses the tombs of some of the most important members of the royal Aragonese family that ruled Sicily after the Renaissance, such as King Frederick III.

Plenty of elegant and refined baroque buildings can be found all over the city centre; however, the most outstanding place to visit is Via Crociferi indeed. This tiny street can be accessed through an archway in Piazza Duomo, connecting the outstanding church of San Benedetto to the convent. A walk through this street will let you discover some of the most beautiful baroque churches and palaces in Sicily, all put together in a few hundred meters: several invaluable works of art in just a few steps! Our top three: the Church of Saint Giuliano, one of the most noteworthy of the city, whose convex and linear shapes make it particularly elegant; the Villa Cerami, once the house of a noble family and now headquarters of the Law Department of the University of Catania, and the Church of Saint Benedetto mentioned above.

Elegant shapes, refined decorations, sinuous lines: the city is filled with beautiful monuments, and so are plenty of other towns nearby. We definitely recommend a visit to Acireale, a little city located on the Ionian shores just 15 kilometers north from Catania: set on a lavic plateau, the “Timpa”, it also offers an enchanting overlook of the Ionian Sea, best enjoyed from the garden of Villa Belvedere (entrance is on Piazza Indirizzo, at the beginning of Corso Umberto I). Its historical centre has the typical structure of the late-medieval Sicilian towns, and is rich in lovely baroque works of art. Take a walk along Corso Umberto I, one of the most ancient and refined streets of the city: noble palaces and baroque churches are located at both sides – Saint Rocco church is one of the most noteworthy. A taste of local ice cream in one of the pretty cafés and “gelaterie” is compulsory, since a legend says that ice cream was invented right here in Acireale! And once you’ve enjoyed your ice cream, keep walking along Corso Umberto I – you’ll reach the Piazza Duomo, where plenty of outstanding baroque buildings are set, from the marvellous Basilica Collegiata of Saint Sebastian with its extraordinarily-decorated façade and the noteworthy frescoes it houses, to the Cathedral. 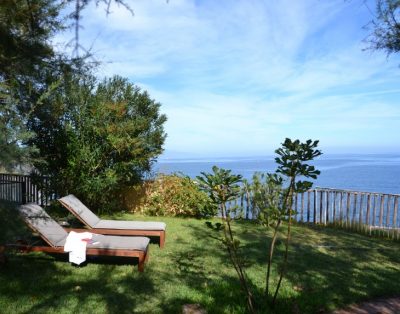